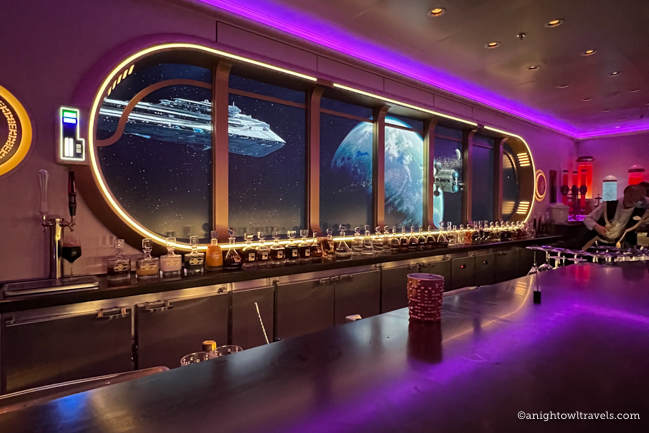 From Marceline’s to Marvel, the new Disney Wish restaurants, bars and lounges have something in store for every kind of Disney fan!

The Disney Wish has everything a Disney fan could ever dream of, including fully realized fantastical encounters with Marvel’s Avengers and the princesses of Arendelle. Dining on a Disney cruise ship has never been so packed with adventure, but there are also plenty of quiet spots to enjoy an elegant or a casual meal. However you choose to experience dining on the Disney Wish, every restaurant is full of character, from the refined and romantic Lumiere-inspired Enchanté to Disney Cruise Line’s first-ever BBQ quick service Mickey’s Smokestack Barbecue. There are all kinds of themed lounges and bars, each taking a special aspect of Disney and making it part of the whole exhilarating experience at sea. Here is a very introductory look at all the Disney Wish restaurants.

By now, you probably have heard about the two most talked about Disney Wish restaurants. These are the show-stopping interactive dining experiences based on Marvel’s Avengers and Disney’s Frozen. But rich with Disney Heritage, we also fully enjoyed our time at the elegant 1923 restaurant as well.

Arendelle: A Frozen Dining Adventure is the world’s first Frozen-themed restaurant! The dinner features live entertainment and musical performances by characters from the Frozen films. These include Olaf, Kristof, Anna, and Elsa. The Nordic-influenced world-class cuisine is augmented by special effects. Plus, it’s centered around a story that places you at the engagement party for Anna and Kristof. The catering of course is provided by Oaken, who now offers a party planning service! This restaurant is located on deck 5 of the Disney Wish.

The next thrilling dinner/show combo is Worlds of Marvel! Taking cues from the Galactic Starcruiser, this ambitious restaurant puts diners in the story in the most engaging way yet. As a guest in the restaurant, you are involved in carrying out an important mission in Avengers: Quantum Encounter, all while dining on food inspired by Marvel’s Avengers locations such as Wakanda, Sakovia, and New York City. The design fuses Pym tech with “Stark-itecture” and as the evening pans out, you are sure to work side by side with a fan-favorite Avenger or two. This restaurant is located on deck 4 of the Disney Wish.

One thing we love to always see is more references to Disney’s storytelling past and heritage. There are two distinctly different types of restaurants: 1923 and Marceline Market. The elegant yet whimsical 1923 pays homage to the founding date of the Walt Disney Company. Diners get a historical look at how the Disney Brothers’ Studio began and evolved over time a separate dining room dedicated to Roy and Walt. This deck three restaurant is full of old Hollywood charm and the thrill of making movie magic.

On deck 11 you’ll find Marceline Market, another tribute to the Disney Brother’s early life. Marceline, Missouri is the town that mostly inspired Disneyland’s Main Street USA. It’s why the Disneyland entrance opens with a turn of the 20th-century Midwestern town before opening up into lands inspired by various genres in cinema. The restaurant is a fast-casual experience by day and table service at night, with stations dedicated to various Disney characters such as Maurice, Flower, Gepetto, Remy, and more. While the food offerings will always be changing, the converted industrial loft focuses on a mix of American and International with the usual soups, salads, baked goods, and desserts. The Disney twist here is that the Disney characters themselves are proprietors of the market, but the theme is delightfully low-key and subtle, inviting you to deduce much of the inspiration for your storybook surroundings as you dine.

Mickey and Friends Festival of Foods

Another first for the Disney Cruise Line is the introduction of two new quick-service offerings. These are BBQ at Mickey’s Smokestack Barbecue, which is themed to Steamboat Willie, and Mexican-inspired cuisine at Donald’s Cantina. These new quick-service Disney Wish restaurants are part of the Mickey and Friends Festival of Foods. The food court includes traditional favorites: Daisy’s Pizza Pies, Goofy’s Grill, and Sweet Minnie’s Ice Cream.

In addition to the Festival of Foods, which like Marceline Market is on deck 11, there are two more places to get some sweet treats.

The Toy Story 2-inspired Wheezy’s Freezies is available on deck 12. Stop by for kid-friendly zero proof frozen drinks or order your favorite island-inspired cocktails. Add a little rum to your DOLE Whip!

Joyful Sweets offers up gelato and all kinds of yummy treats but the star of the show is Bing Bong’s sundae which includes three flavors of gelato, five toppings, and a choice of chocolate or caramel sauce, in a souvenir bowl.

The two adults-only Disney Wish specialty restaurants make up a new twist on a familiar favorite: PALO Steakhouse and Enchanté.

PALO has now taken on the clockwork aesthetic of Beauty and the Beast’s enchanted clock Cogsworth. A Disney cruise favorite, PALO Steakhouse boasts a balance between Italian cuisine and the modern steakhouse experience. Don’t forget to order the PALO chocolate souffle!

Remy’s has changed in style and name as Palo’s candelabra-themed counterpoint Enchanté, inspired by Lumiere. These non-rotational restaurants are available by reservation and cost extra, but are so worth it for the culinary sophistication brought to the plate by 3 Michelin Star-rated chef Arnaud Lallement. Both Palo and Enchanté are located on deck 12 of the Disney Wish.

Bars and Lounges in Addition to the Disney Wish Restaurants

One of the most notable upgrades to us on this ship is the addition of more bars and lounges for the adults to enjoy!

Among the other adults-only Disney Wish Restaurants are the much-appreciated Poolside refreshments at Cove Cafe and Cove Bar. Cove bar may speak for itself, but the Moana-inspired Cove Cafe is deceptively accurate. It truly is about the coffee! Gourmet coffee, to be exact. There are also a variety of teas and other specialty beverages, plus pastries to pair them with!

The Bayou also features live musical performances. The Louisiana swamp-inspired surroundings showcase the romance and mystery of The Princess and the Frog. Magnolias, lily pads, and twinkling fireflies bring this charming space to life.

Meanwhile, across the galaxy (on deck 3), the Hyperspace Lounge offers planetary views and cocktails within a Star Wars aesthetic. Probably the most sought after experience, you’re going to want to book a reservation on the Disney Cruise app as soon as you get on board! While there, you can enjoy alcoholic and zero proof cocktails themed after Star Wars destinations.

Keg & Compass is a Norwegian-themed pub where you can stay up to date on news and sports as you sip on a variety of drinks, including 3 unique craft beers available only aboard the Disney Wish. Don’t forget the pub grub! You can also find unique food offerings from a giant Bavarian pretzel to Fish & Chips.

The Rose, a gorgeous Beauty, and the Beast-inspired lounge connects Palo to Enchanté. It features antique mirrors and floating roses. But there are so many other amazingly designed lounges among the other Disney Wish restaurants.

One is Nightingale’s, a piano bar that takes an inspirational leap from Cinderella. The name comes from her rendition of Sing Sweet Nightingale which she sings while washing the floor. Nightingale’s has a large sparkling light feature that bubbles up with a mixture of rose gold musical notes.

Our dining experiences while we were on the Disney Wish were out of this world. Stick around to find out more about our favorite restaurants and bars, including menus, order suggestions and other fun tidbits!

From the Hot Cocoa Marshmallow Macaron to the Holiday Stuffing Mac & Cheese, there are so many great bites…

From Strawberry Frosé to Jalapeño Popper Mac & Cheese, there are so many great bites and brews to discover at… 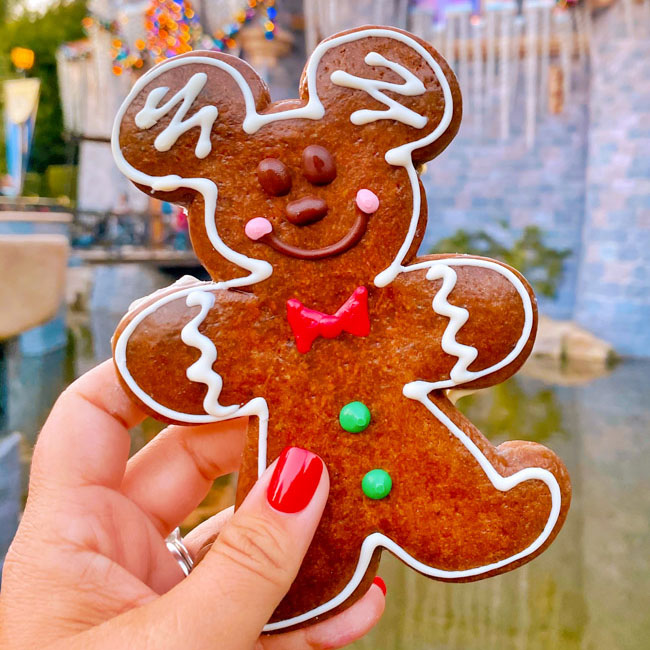 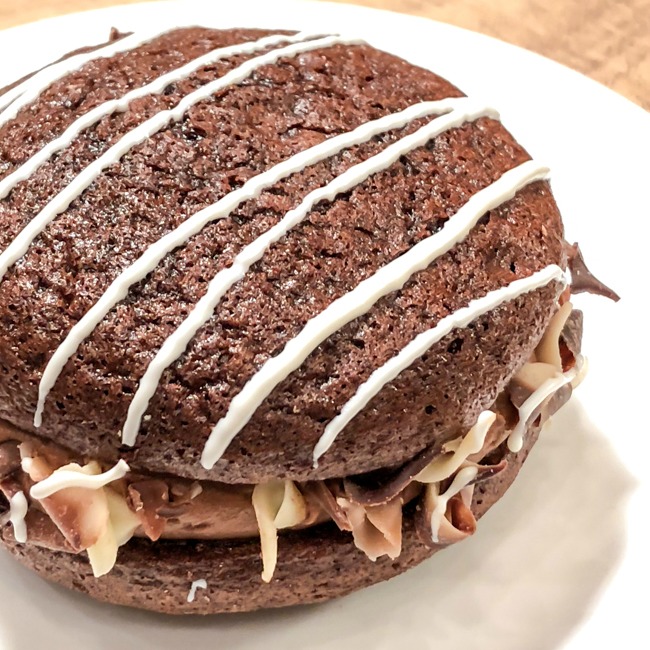 From the Caramel Popcorn Crispy Treat to the Bourbon Chocolate Whoopie Pie, there are so many great bites and brews to discover… 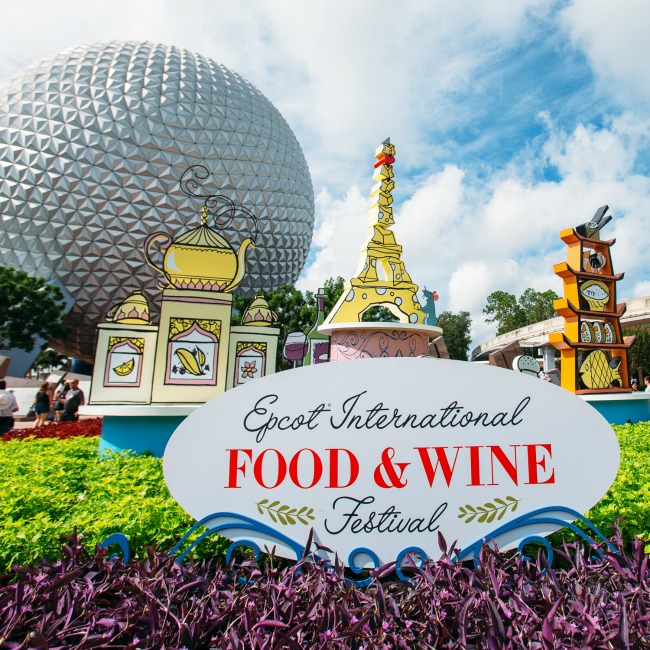 From Jam Jar Sweet Shiraz to the Phosphorescent Phreeze, Disney drink expert Felice of @disneysips shares her top picks for What… 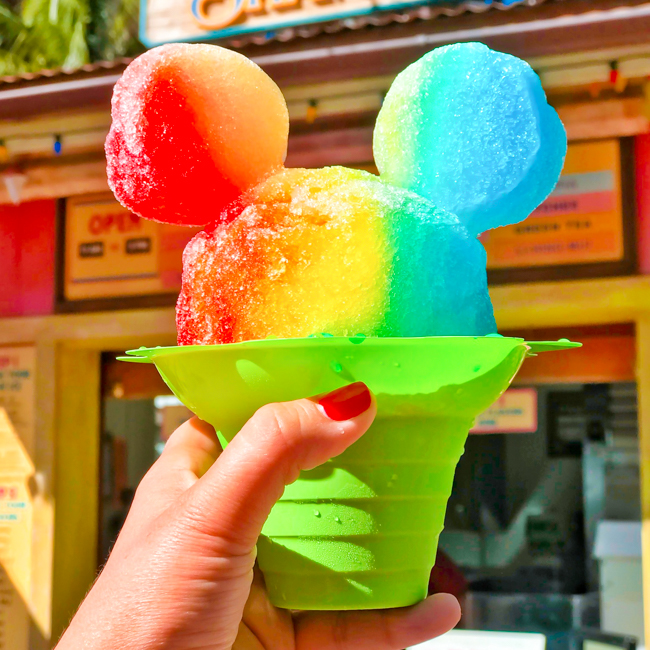 From Mickey Shaped Treats to fresh Poke Bowls, discover The Best Things to Eat and Drink at Aulani – A Disney… 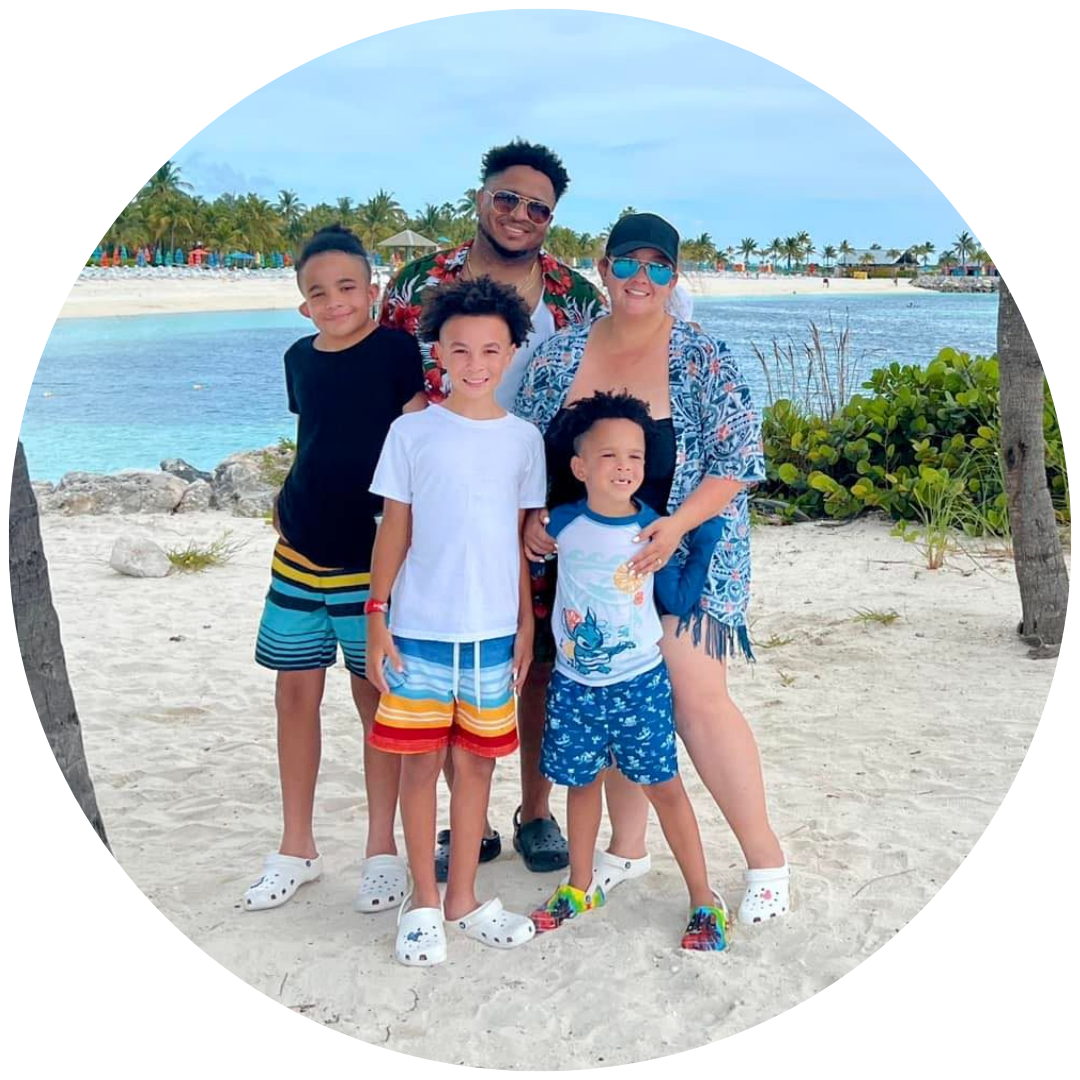 Documenting our Disney travels and more! Tips on where to go, what to eat and how to navigate parks and more with a family.